How to Identify Zero Force Members Within a Truss

Definition of a Zero Force Member or simply “Zero member”

Certain elements of a truss system are not loaded with force. This is referred to as a zero-force member.

This component may be added to strengthen the truss. Identifying these members simplifies the truss analysis procedure.

Truss analysis employing the joint approach is considerably simplified if one first determines which members do not sustain any load. These zero force members may be required to ensure the truss’s stability during construction and to offer support in the event that the applied loading is altered.

The zero-force elements of a truss may usually be identified via joint examination, and they exist in two configurations. 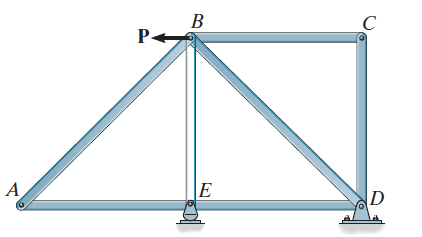 Consider the truss above. The two elements at joint “C” are joined at a straight angle and the joint is not loaded externally. 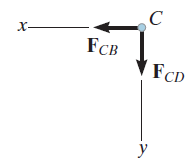 The free-body diagram of joint “C” (Truss Joint) shows that in order to preserve equilibrium, the force for each element must be zero. 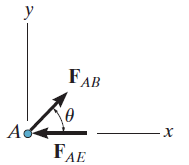 Additionally, like with joint “A” (Truss Joint), this has to be bad despite of the angle between the members. 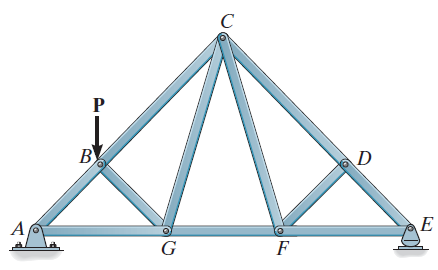 Additionally, zero-force members exist at joints with the same shape as joint “D” in the preceding Truss. 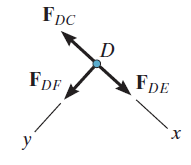 Because there is no external load acting on the joint, a force summation in the y-direction (Truss Joint), perpendicular to the two collinear elements, necessitates that FDF = 0. 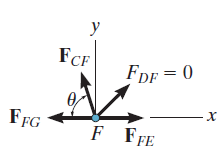 Using this outcome. As shown by the force analysis of joint “F,” “FC” is likewise a zero-force member (Truss Joint).

Then, if a truss joint is formed by just two non-collinear members and no external load or reaction is applied to the junction, the members must be zero-force members, Case 1.

Additionally, if three members form a truss joint with two collinear members, the third member is a zero-force member if no external force or support response is applied to the joint, Case 2.

Particular attention should be paid to these joint geometry and loading circumstances. because identifying the zero-force members before to analyzing a truss simplifies the study significantly.

How to Identify Zero Force Members Within a Truss

Due to the fact that trusses are often built to withstand a variety of loading situations, it is not unusual to discover members with zero forces when a truss is evaluated for a specific loading state.

Additionally, zero-force elements are added to trusses to support compression members and thin tension members against buckling and vibrating.

The study of trusses may be accelerated if we can visually identify the zero-force members.

There are two main kinds of member arrangements that result in zero-force members:

Step – 1: Members that are not collinear

If just two noncollinear members are linked to a joint that is not subjected to external loads or reactions, the force in both members is equal to zero.

If three members, two of which are collinear, are linked to a joint that is not subjected to external loads or reactions, the force in the non-collinear member is zero.