Longest Bridges in the World

“Bridge-spiration” demonstrates the capabilities of humankind.

Few individuals are thinking big with the present global health crisis. It’s a period when the majority of people are concerned with just getting through the day.

However, it is important to consider what is feasible at times like this. That is why we are presenting our list of the world’s longest and most inspirational bridges, as well as the factors that contribute to their awesomeness.

We hope it improves your day and inspires you to consider what is possible in the future.

This bridge was constructed in 2010 and officially inaugurated in 2011. Since then, it has held the record for the world’s longest bridge. The building is an astounding 102 miles in length. It connects Shanghai and Nanjing in Jiangsu province, transporting the Beijing-Shanghai High-Speed Railway from Danyang to Kunshan. This is one of four railway bridges on this list. The bridge was constructed during a four-year period at a cost of between $8.5 billion and $10 billion, depending on the source. It took almost 10,000 individuals to complete the task.

Awesomeness factor: The landscape around this bridge is breathtaking, consisting of lowland rice fields, canals, rivers, and lakes. The bridge matches — or perhaps improves — the natural landscapes it traverses. This results in a railway journey that passengers will never forget.

This is the world’s second-longest bridge at the moment. It serves as a link in Taiwan’s high-speed rail network. The bridge connects Banguashan in Changhua to Zuoying in Kaohsiung, a distance of about 98 miles. The building was finished in 2007.

Awesomeness factor: One of the things that distinguishes this viaduct from others is that it is one of a series of earthquake-resistant bridges. It enables trains to safely come to a halt during earthquake occurrences. Additionally, the design minimizes damage to individual portions of the viaduct, allowing for rapid reconstruction after an earthquake.. 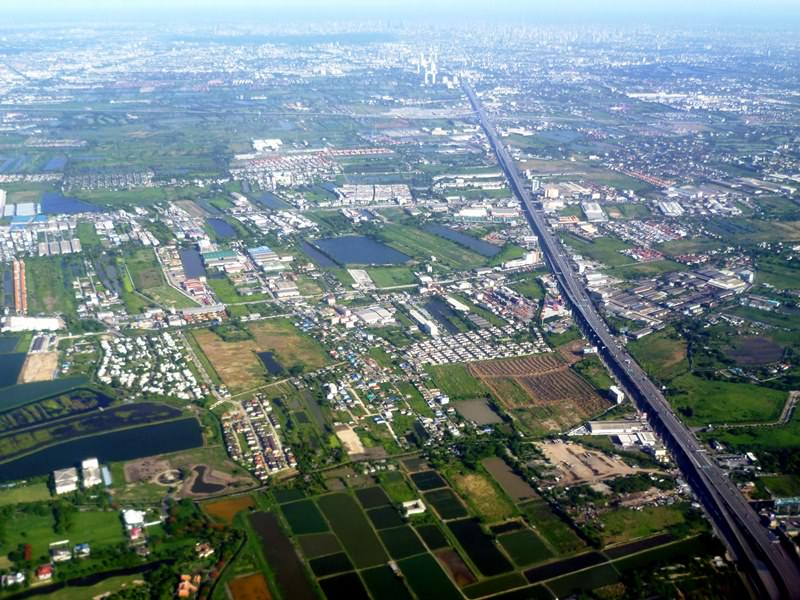 This is the longest automobile viaduct on our list, measuring just over 34 miles in length. Construction began in early 2000 and was finished in early 2001. It is one of the few world-record-breaking bridges that does not span a major body of water. It just crosses the Bang Pakong River briefly. It is a six-lane elevated roadway that runs parallel to another motorway.

Awesomeness factor: Although this building seems utilitarian, its highway-over-highway design makes it very distinctive and quite a feat of engineering.