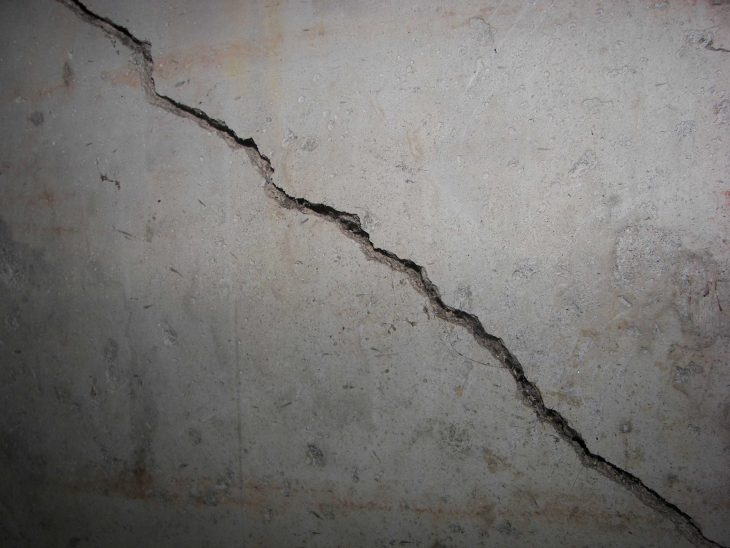 Cracks in concrete walls and slabs are a common occurrence. They appear in floors, driveways, walks, structural beams, and walls. Cracking can not be prevented but it can be significantly reduced or controlled when the causes are taken into account and preventative steps are taken. Most cracks should not be a cause for alarm.

Cracking can be the result of one or a combination of factors, all of which involve some form of restraint. Some examples include:

Tremendous forces can build up inside the wall due to any of these causes. When the forces exceed the strength of the material, cracks will develop. Each of these causes normally leave a “signature” in the type of crack it creates. The vast majority of cracks are of little concern by themselves.

Shrinkage and Temperature cracks are most often vertical to diagonal. They typically emanate from a corner of a window, beam pocket, or other opening. Cracks of this type are called re-entrant cracks. These are very common and, unless they leak or show significant lateral displacement, are of no structural concern. 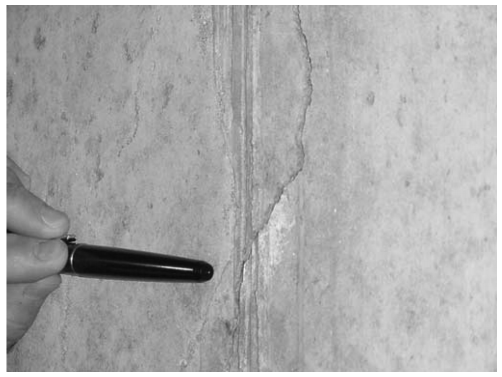 Cracks which are horizontal are most likely caused by an applied load. Vertical cracks which are significantly wider at the top or bottom could indicate heaving or settlement. With these cracks it is very likely that the crack itself is not the problem, but rather the result of an external problem such as poor drainage, overloading, etc. 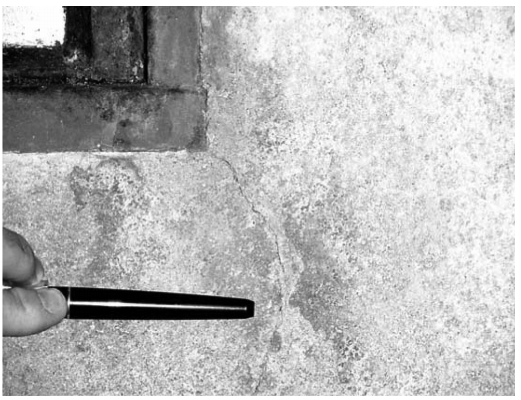 Contractors can employ several methods of reducing the occurrence and width of cracks.

When Should You Be Concerned

Temperature and shrinkage cracks in walls or slabs are likely to occur in nearly all structures. When the width of a crack exceeds 0.65 cm in width; when they show 0.65 cm in lateral displacement; when water leaks through the cracks; or you find long horizontal cracks, it is probably time to seek professional assistance.