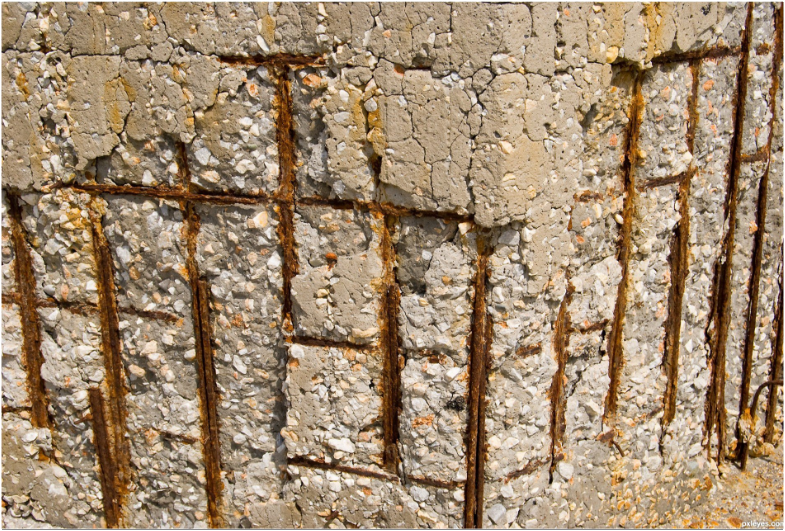 Corrosion of steel in concrete may cause structural damage and early failure of Reinforced Concrete structures. Besides the volume increase and cover spalling due to corrosion (Figure 1), it negatively influences, the flexural, shear, and bond strength of the corroded element.

Vidal and his colleagues studied the long-term corrosion process of reinforced concrete beams stored in a chloride environment for 17 years under service loading in order to be representative of real structural conditions. Results showed that the flexural stiffness under service load is mostly affected by the corrosion of the tension reinforcement as a result of steel cross-section reduction and the steel/concrete bond loss.