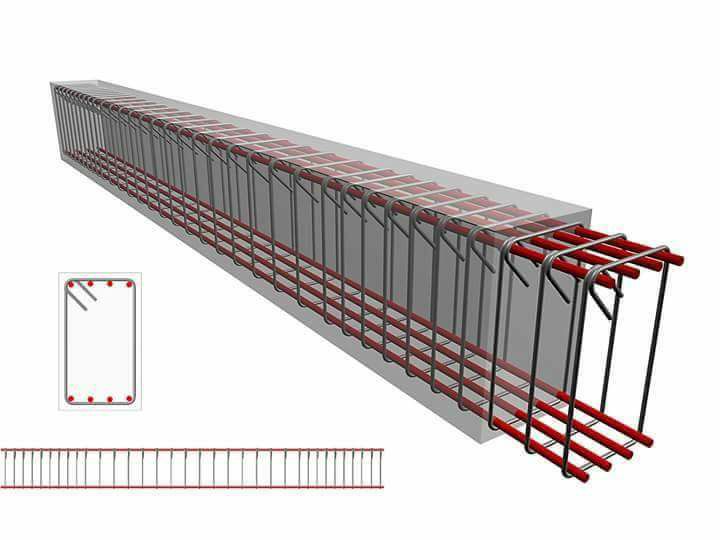 It is known that in RC construction, simplicity and repetitiveness are the keys to economy. For beam and girder framing schemes with one way slabs, the next points should be taken into account:

1. For one-way load transfer systems, place the girders in the short direction between columns lines and the beams in the long direction (Figure 1).

2. The thickness of beams and one-way slabs should be determined satisfying the minimum depths stated by the codes. The initial widths of beams and girders should be selected to be equal to the width of the column for easier formwork process. Also, selecting one width and one depth for all beams can further simplify the work.

3. Try to locate the columns, as best as you can, in a regular orthogonal grid (note: square is best).

4. To be cost effective regarding the formwork cost, try to use the same depth for the beams and girders in all floors and change the beam width and/or reinforcement where necessary instead of the depth.

5.Try to fix column sizes for multiple floors of the building and change the concrete strength if higher capacity is needed. If it is necessary to change the column dimension, vary only one side at a time to be cost effective.

6. Braced concrete buildings have shear walls with stiffness of >= 12 * (the sum of the gross stiffness of the columns in a given direction within a story). Most of low to medium height RC buildings are braced by shear walls which are located usually at the elevator or stair walls. For columns in “braced” frames bent in double curvature with approximately equal end moments, the maximum story heights to neglect slenderness in the column design are: 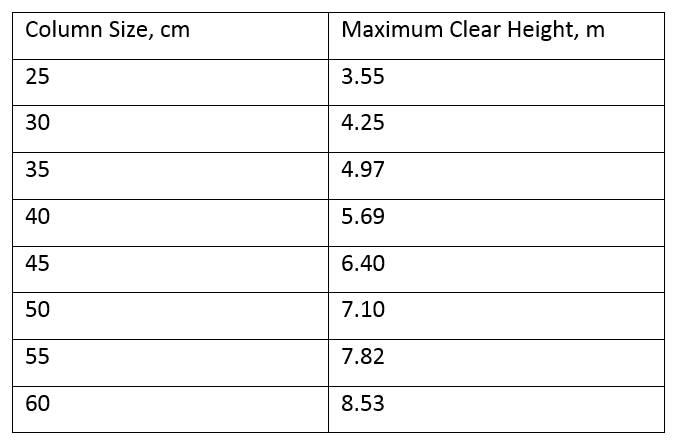 8. To be more efficient, take some time to visualize the construction sequence for the structure elements and how the reinforcement will be placed.

9. Provide enough spacing between adjacent steel bars to make sure that concrete will pass freely between the bars and to prevent creating voids.

10. Draw to a reasonable scale the reinforcement details of slabs, beams and columns to give full data to construction sites.

11. Not to use the maximum vertical reinforcement ratio in columns. Instead, use between 1% and 2% for economy and to avoid congestion of steel. Another option to using more than 2% reinforcement is to increase concrete strength and/or the size of the column.

12. For typical concrete buildings, a one-week construction sequence (waiting a week for concrete to cure before going on to the next phase) is preferred.