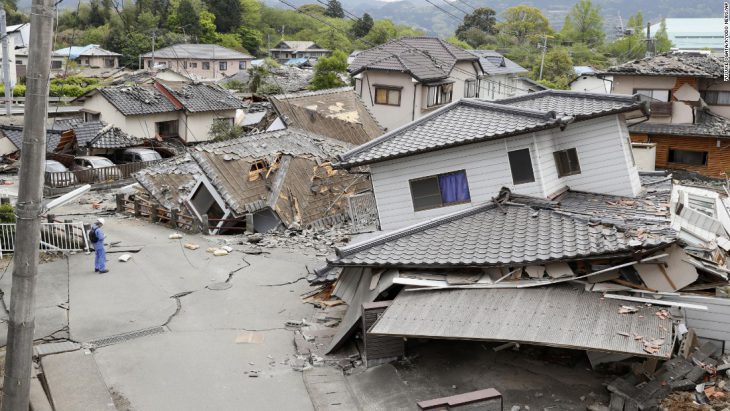 Depending on its location, a structure might be subjected to earthquake loads such as those building located in high or mediate seismic activity zones (Japan, California,etc…). Thus, structural designers should be able to safely design for earthquakes. It starts with having some basic knowledge about the categories of seismic waves and how earthquakes are measures. These points are outlined in this article.

Earthquakes are caused by the rupturing of faults in the earth’s crust, landslides and volcanic eruptions. Man-made activities such as a large explosion can also cause an earthquake. Normally, earthquakes are located close to the borders of tectonic plates. These plates are constantly in motion so stresses build up and release energy through the earth’s crust, causing the shaking of the ground.

The energy released during an earthquake is transmitted in the form of waves. These waves are divided in two basic categories: body waves and surface waves.

Body waves are transferred through the inner part of the earth and consist of primary waves (P) and secondary waves (S).

Surface, waves which is the other part of seismic waves, divides into Love and Rayleigh waves. They travel on the earth’s surface; both have slower speed than body waves and they generally cause the worst damage in structures.

The Richter scale is a logarithmic expression of the magnitude of energy, which defines magnitude as the logarithm of the ratio of the amplitude of the seismic waves to arbitrary, minor amplitude.

The modified Mercalli intensity scale measures the potential damage of an earthquake. The range of this scale depends on observations of people’s reactions during an earthquake, the damage to structures and on physical effects caused by an earthquake.