The primary role of foundations is to transmit the loads of a structure to the underlying soil or rock. Foundations can be classified into two major categories: shallow foundations and deep foundations.

Isolated footings (square or rectangular in plan) that support columns and strip footings that support longitudinal walls, fences and other similar structures are generally referred to as shallow foundations.

Raft (Mat) foundations, also considered as shallow foundations, are reinforced concrete slabs of considerable thickness to provide sufficient structural rigidity. Rafts support a number of columns and walls loads. Mats exist in a number of types. Some of the common types are:

1. Flat plate in which the mat is of uniform thickness. 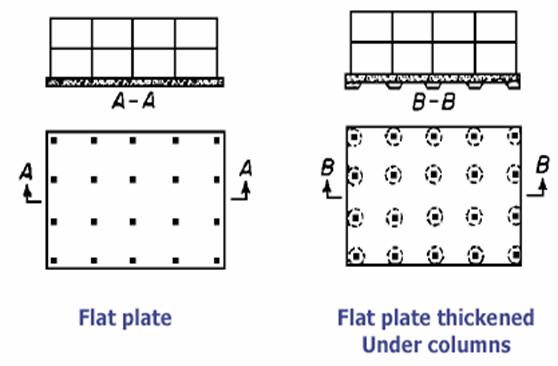 3. Beams and slab. The beams run in both direction with the columns located at the intersections of the beams. 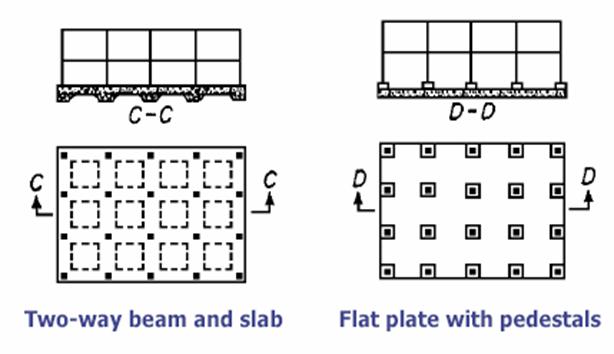