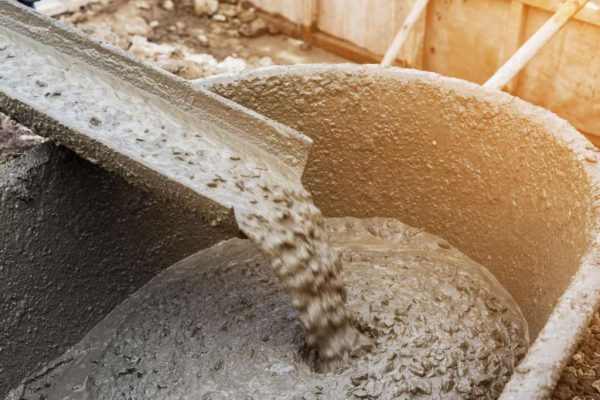 The following equipment are needed for the preparation of concrete cubes.

Sample of concrete for test specimen shall be taken at the mixer or in the case of ready mixed concrete from the transportation vehicle at the time of discharge. Such samples shall be obtained by repeatedly passing a scoop or pail through the discharge stream of the concrete. The samples thus obtained shall be mixed on a non-absorbent base with shovel until it is uniform in appearance.

Number of samples to be taken depends on the quantity of concrete. The following table shall be followed during sampling.

Note:- Frequency of sampling may be agreed upon internally by supplier and purchaser.

The cube mould plates should be removed, properly cleaned assembled and all the bolts should be fully tight. A thin layer of oil then shall be applied on all the faces of the mould. It is important that cube side faces must be parallel.

After taking concrete samples and mixing them, the cubes shall be cast as soon as possible as described below.

The concrete sample shall be filled into the cube moulds in 3 layers, each layer approximately 5 cm deep. In placing each scoopful of concrete, the scoop shall be moved around the top edge of the mould as the concrete slides from it, in order to ensure a symmetrical distribution of the concrete within the mould. Each layer shall be compacted either by hand or by the vibration. Each layer of the concrete filled in the mould shall be compacted by not less than 35 strokes by tamping bar. The strokes shall be penetrating into the underlying layer and the bottom layer shall be rodded throughout its depth. Where voids are left by the tamping bar the sides of the mould shall be tapped to close the voids.

The casted cubes shall be stored under shed at a place free from the vibration at a temperature 220C to 330C for 24 hours covered with wet straw or gunny sacking.

Immediately after initial curing of the cubes they should be marked clearly. This can be done by writing the details of the cube in ink on a small piece of paper and placing on top of the concrete until it is demoulded.

The cube shall be removed from the moulds at the end of 24 hours and immersed in clean water at a temperature 240C to 300C till the 7 or 28-days age of testing. The cubes shall be tested in the saturated and surface dry condition.

For the true representation of actual strength of concrete in the structure, extra cubes shall be cast, stored and cured as per the identical conditions of that structure, and tested at required age.

Note: when moulds are not in use, apply a thin layer of oil over the inside surface of the mould and keep it in a safe place.