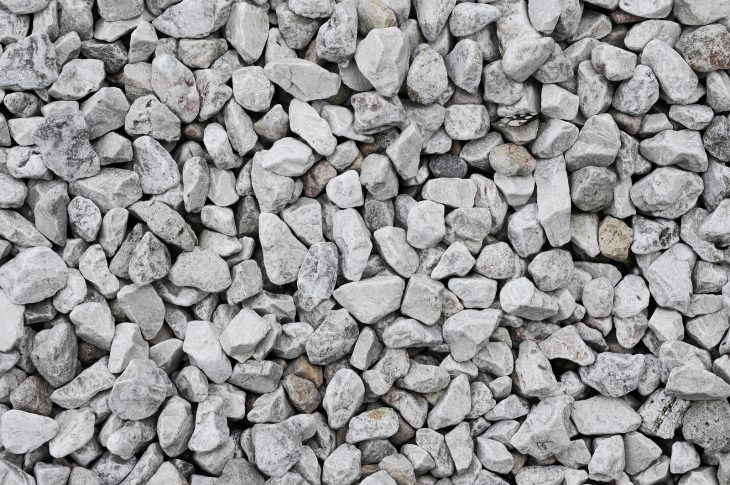 ِِِِِAggregate particles of a given size pack so as to form voids that can be penetrated only if the next smaller size of particles is sufficiently small, that is, there is no particle interference. This means that there must be a minimum difference between the sizes of any two adjacent particle fractions. In other words, sizes differing but little cannot be used side by side, and this has led to advocacy of gap-graded aggregate.

Gap grading can then be defined as a grading in which one or more intermediate size fractions are omitted. The term continuously graded is used to describe conventional grading when it is necessary to distinguish it from gap grading. On a grading curve, gap grading is represented by a horizontal line over the range of sizes omitted. For instance, the top grading curve of Fig. 1 shows that no particles of size between 10.0 and 2.36 mm sieve are present. In some cases, a gap between 10.0 and 1.18 mm sieves is considered suitable. Omission of these sizes would reduce the number of stockpiles of aggregate required and lead to economy. In the case of aggregate of 20.0 mm maximum size, there would be two stockpiles only: 20.0 to 10.0 mm, and fine aggregate screened through a 1.18 mm (No. 16 ASTM) screen. The particles smaller than 1.18 mm (No. 16 ASTM) sieve size could easily enter the voids in the coarse aggregate so that the workability of the mix would be higher than that of a continuously graded mix with the same fine aggregate content.

Good control and, above all, care in handling, so as to avoid segregation, are essential. It may be observed that, even when some ‘ordinary’ aggregates are used, gap grading exists; for instance, the use of very fine sand, as found in many countries, means that there is a deficiency of particles between the 5.00 mm and 2.36 or 1.18 mm sieve sizes. Thus, whenever we use such a sand without blending it with a coarser sand, we are, in fact, using a gap-graded aggregate.

Gap-graded aggregate concrete is difficult to pump because of the danger of segregation, and is not suited to slip-form paving.

Fig. 2, confirms that using given materials with a fixed aggregate/cement ratio (but adjusting the fine aggregate content), approximately the same workability and strength are obtained with gap and continuous gradings