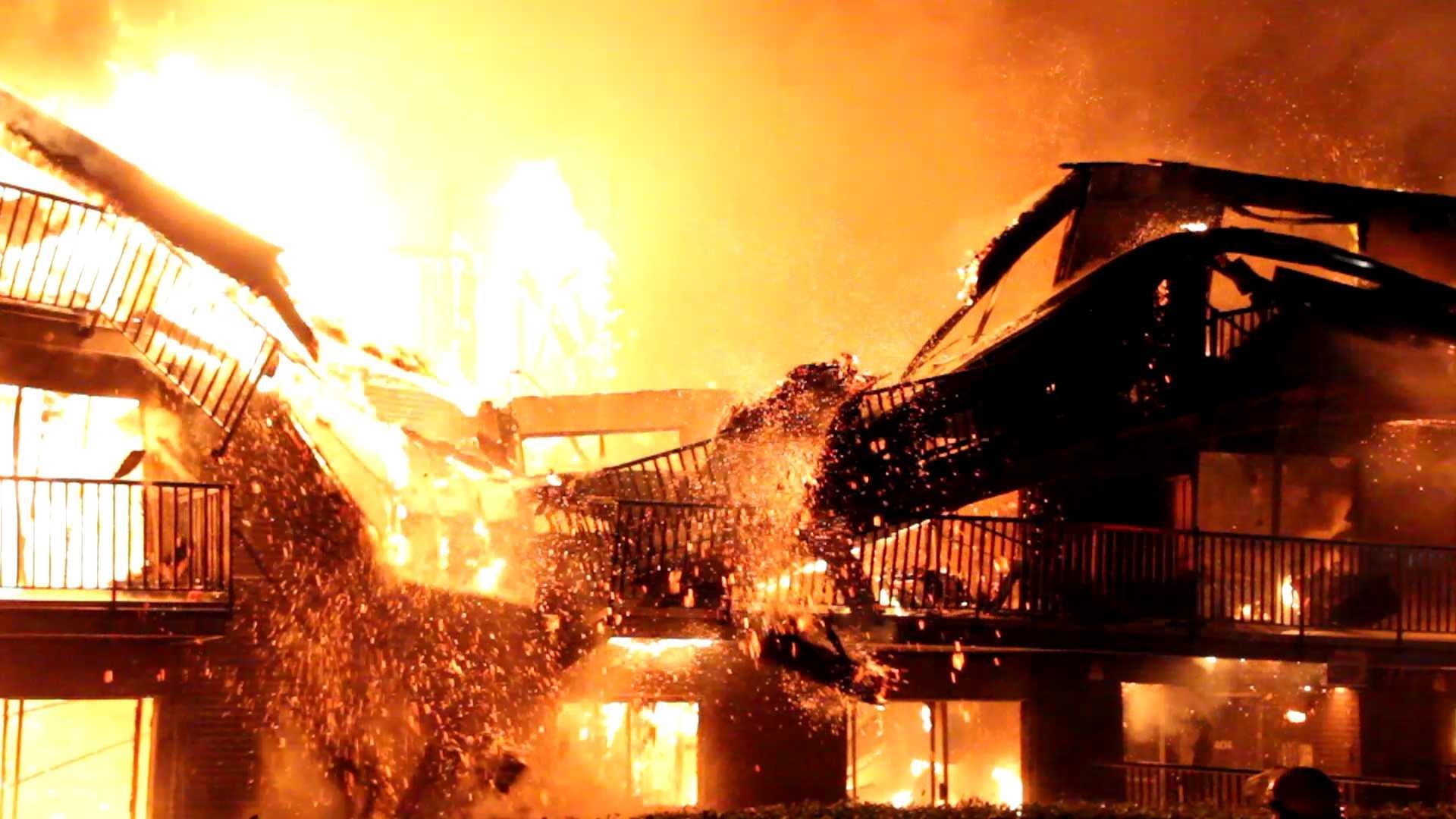 Concrete structures could be exposed to high temperatures due to different reasons, mainly during exposure to fire; another one could be when the structure or its elements are a part of industrial installations.

At high temperatures, Portland cement concretes undergo important changes in their properties, due to formation of cracks between cement paste and aggregate and associated thermal incompatibility between the two ingredients, resulting in damages ranging from cracking and spalling of concrete surface (short duration exposure) to the structural element complete destruction as a result from the loss of its mechanical strength (long duration exposure).

An experiment is conducted with the following details:

A concrete mixture was prepared by using ordinary Portland cement, crushed limestone aggregate with maximum size of 15 mm, and water.  A plasticizer was also utilized in order to improve the workability of the mixture. One hundred and 150 mm cube concrete specimens were cast and cured in water for 28 days. Afterwards, they were air-dried in the laboratory for 7 days and oven-dried at 105◦C for another 7 days. Finally, the specimens were exposed to high temperatures ranging from 200 to 1200◦C for 2 h. The heating rate was 1◦C/min. After such a treatment, the specimens were allowed to cool with a rate of 1◦C/min. Then, the specimens were stored in dry condition at room temperature for 7 days until testing. The compressive strength of the specimens was determined. The test results obtained from unheated specimens are 69.2 MPA for 100 mm cube and 76.6 MPA for 150 mm cube. The microstructures of concrete specimens were also examined by scanning electron microscope (SEM) analyses after exposure.

The assessment of fire-damaged concrete usually starts with visual observation of color change, cracking, and spalling of concrete surface. The surface textures of concrete specimens exposed to high temperatures are illustrated in Figure 1. There was no visible effect on the surface of the specimens heated up to 400◦C. The concrete started to crack when the temperature reached to 600◦C, but the effect was not significant at that temperature level. The cracks were pronounced at 800◦C and extensively increased at 1000◦C. The cracks highly enlarged and partly spalling of the sample was observed after exposure to 1200◦C. This can be attributed to continuous crack formation due to very high temperatures.

Moreover, the spalling may substantially reduce the load-bearing capacity of a fire-damaged concrete. Furthermore, the concrete can be broken into pieces often without advance notice due to thermal explosions. The retained properties of concrete after exposure to a fire can be primarily assessed by observing the color of the concrete. The inner surfaces of the concrete specimens are shown in Figure 2. The crushed limestone aggregates used in the production of concrete became dark pink, pink, off-white, and white when the exposure temperature increased to 400, 600, 800, and 1000◦C, respectively. It was observed that the aggregates completely decomposed and lost their integrity as the temperature reached to 1200◦C. However, further color image analyses are required in order to examine the changes in the color of the cement paste. According to Li et al. straw yellow, off-white, and red appear when the concrete is subjected to temperatures of 400, 800, and 1000◦C, respectively. Yuzer et al. studied compressive strength–color change relation in mortars at high temperatures. They observed that the hue of color changed a little from yellow into greenish yellow when the temperature rose from 20 to 600◦C, it was yellow at 600◦C and it became reddish yellow when the temperature increased from 600 to 1200◦C.

SEM micrographs of pre- and post-heated concrete specimens up to 1200◦C are illustrated in Figure 4. The micrographs taken from the core of the cubes revealed hydrated phases such as CSH gels (marked CSH) and calcium hydroxide [Ca(OH)2] (marked CH). SEM studies on concrete specimens exposed to 800◦C revealed significant changes in the microstructure of the concrete due to the microcracks, voids, partly deteriorated CSH gels, and deformed CH crystals. The increase in temperature to 800◦C resulted in several microcracks generally intermingled with voids.

SEM micrograph of specimen subjected to 1200◦C showed that the microstructure of the concrete completely disrupted at that temperature level. The micrograph showed that the carbonation reaction was completely developed resulting in the decomposition of limestone aggregate into CaO and CO2. In addition to that, large amount of gaps were observed in the whole area of the examined sample. This can be attributed partly to pulverization of the limestone aggregate and partly to deterioration of the cement paste. Therefore, the very low retained compressive and splitting tensile strengths may be attributed to deterioration of the structure which may make the  concrete more susceptible to further destruction.