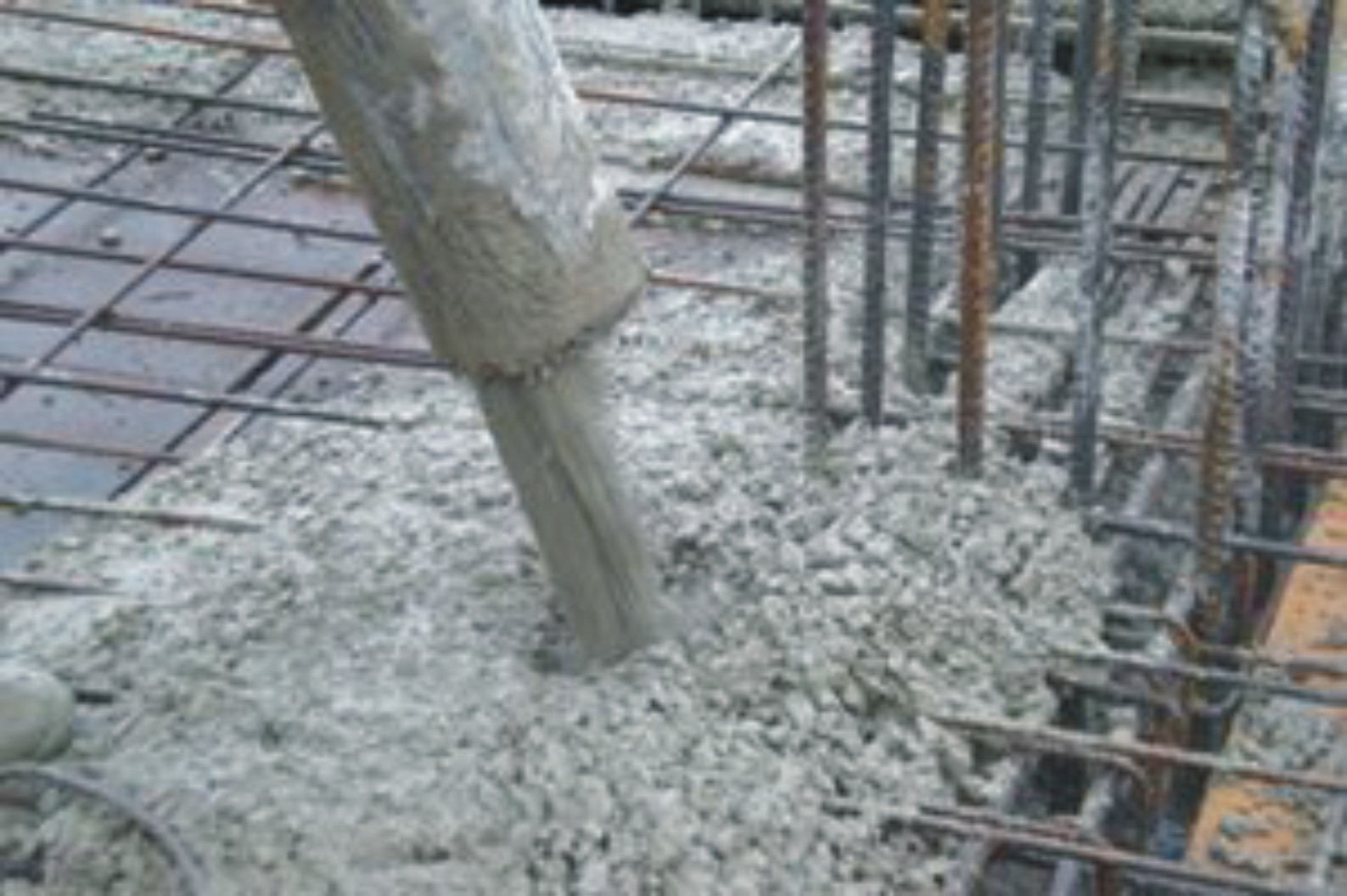 Rheology behavior is the basic property which influences the performance of SCC in the fresh state, especially in the process of casting and self-compacting. Rheology is defined as “the science of the deformation and flow of matter” which means that it is related to the relationship between stress, strain, rate of strain and time. Research on the rheology behavior of SCC has been under intense study at various research institutes for more than 10 years. Concrete in the fresh state can be described as a particle suspension. In the suspension approach, the definition of particle and liquid phases can be based on the wide spread of particle sizes. In the case of concrete rheology, the suspending media is liquid mortar (a phase consisting of water, cement and fine particles) and coarse aggregate particles are suspended in it. However, the paste (a phase consisting of water, cement and other powder sized particles) will be regarded as suspending media in which sand particles are suspended in the case of mortar rheology. In the case of paste rheology, the suspending media is water and the cement grains and fine filler particles are suspended in it. In the suspension analysis, the content of entrapped air will be ignored. It is assumed that concrete rheology is a function of mortar rheology. Mortar rheology is a function of paste rheology and finally paste rheology is a function of water rheology. The suspension of solid particles in suspended media might be affected by the following factors:

Rheology of concrete, mortar and paste are very useful in understanding the flowing behavior. As for all suspensions, the balance between rheological properties and segregation is very important in rheological evaluation and modeling. The rheology behavior of fresh concrete is often defined using the Bingham model. This model is explained using two important parameters, yield stress and plastic viscosity. It describes the flowing mechanism of fresh concrete. In the Bingham model, a shear stress or yield stress, τo is required to obtain any strain and cause movement of fresh concrete. This is followed by increasing shear stress with increasing strain rate know as plastic viscosity, µB . The yield stress and plastic viscosity parameters are shown in Figure 1.

The main influencing mechanisms are the inter-particle friction and the free water content which are dependent upon surface tension and particle dispersion. The desirable rheological properties of self-compacting concrete are low yield stress values, with adequate plastic viscosity. This situation can be considered as one approaching a Newtonian fluid in Figure 1. The required plastic viscosity of SCC depends on the materials used, the casting method to be used and the type and shape of the structural members to be constructed.

There are many types of test equipment to evaluate the rheology properties of fresh concrete, mortar and paste of SCC such as BML  and BTRHEOM. Different apparatus are used to take measurements based on different measurement principles. Therefore, the results are not easily compared directly.

In workability terms, self-compactability signifies the ability of SCC to flow by itself through the action of gravity and to be self-compacted under its self-weight without segregation. A concrete can only be classified as SCC if it is workable and passes limits imposed by certain test methods. Filling ability, resistance to segregation and passing ability are three important properties of fresh SCC.

Self-compacting concrete should have filing ability, which means it must be able to deform under its self-weight and flow around various obstacles in its path. This property is related to properties used to evaluate the flow, in terms of how far from the discharge the fresh SCC can flow, and the speed or velocity of deformation or flowing. Slump flow test is a suitable testing method to evaluate the deformation capacity of fresh SCC and the final flow diameter is measured after the concrete has completely stopped flowing. The velocity of deformation can be evaluated by measuring the time, concrete took to reach certain deformation. SCC with good filling ability should have a good balance between the deformation capacity and the deformation velocity. There are 2 properties which SCC should have to achieve good filling ability, viz. small inter-particle friction and paste with good deformability. The concrete would deform well if it has low friction between the solid particles which includes coarse aggregates, fine aggregates and all types of powder present. To reduce friction arising between aggregate, it is necessary to reduce the aggregate content or increase the paste content. This will reduce the possibility of inter-particle contact between the aggregates present in the matrix. To reduce the friction between powder constituents, active agents like superplasticizers are needed to increase the deformability of the paste itself and enhance the dispersion of fine particles.

The use of superplasticizers reduces mostly the yield value (good flowability) and limits the reduction of viscosity or cohesiveness. It is impossible to increase the distance between fine particles by increasing the water content of the paste because high water content in the paste would lead to segregation and undesirable performance of the hardened concrete in terms of strength and durability. High water content in the concrete reduces both yield value and viscosity which leads to segregation. Concrete tends to segregate as the friction between the aggregate and fine particles is reduced. Therefore, it is effective not to increase the deformability of paste and concrete as a whole, but rather to increase the deformability or viscosity of the paste in matrix. Paste with good deformability is another important property in enhancing the filing ability of SCC. The paste must be able to deform well. A reduction of only the inter particle friction of the solid phase is not sufficient to achieve self-compactability. SCC must have both low yield value (high flowability) and moderate viscosity (high resistance to segregation). When possessing these properties, SCC can flow easily around obstacles and have high filling capacity. The deformability of SCC is related to the deformability of the paste and can be increased by using superplasticizers. Superplasticizers addition reduces the yield value and causes a limited reduction in the viscosity, unlike water addition which reduces both the yield value and viscosity of concrete. Therefore, highly flowable concrete without segregation can be produced by adding superplasticizers. Low water to powder ratio (W/P) can limit the deformability of the cement paste. Water to powder ratio in SCC needs to be controlled by adding various powder materials and fillers because too high a water to powder ratio or too low a water to powder ratio will lead to inferior deformability.

SCC should neither segregate when stationery nor in a flowing state. Segregation of concrete is defined as inhomogeneity in a distribution of its constituent materials. There are several types of segregation such as bleeding of water, paste and cement segregation, coarse aggregate segregation leading to blocking, and non uniformity in air-pore distribution. It is vital to reduce the water in the concrete mixture to avoid segregation between water and solids. Here, water refers to movable water which does not adhere to the solid particles and can move freely and independently of the solid particles in the mixture. Segregation resistance between water and solids can be improved by reducing the water content and the water to powder ratio. Powder materials especially those with high surface area can be used to increase segregation resistance because more water will be retained on the surfaces of the powder materials. The segregation can also be reduced by increasing the viscosity of the water through the use of viscosity agents.

There is an extra requirement to be fulfilled by SCC, namely high passing ability. When concrete with low passing ability flows through narrow openings or where the reinforcement is congested, blocking of coarse aggregates through bridging action would occur. The mechanism of blocking can be explained by using two-dimensional illustrative models of concrete flowing through an opening as shown in Figure 2.