CSI SAFE (Slab Analysis by the Finite Element Method) is one of the best tools available for analyzing and designing concrete slabs and/or foundations. SAFE was developed by Computer and Structures, Inc. In this article, we will walk you through the process of checking the long-term deflection of a simple slab using SAFE.

What is long-term deflection?

On the other side, long-term deflection in a slab or beam in the deformation that happens over a longer period of time. It considers the effect of shrinkage, cracking, and creep.

Codes most often specifies limitations for the long-term deflection.

This article focuses mainly on the long-term deflection of slabs according to ACI, in an easy way without the confusion that usually accompany this process.

Once you have drawn the geometry of the slab on SAFE, you are ready to start inputting the load cases and combinations in the software that will allow you to calculate the long-term deflection.

Step one: define the load patterns of dead, superimposed dead, and live loads.

Thus, we are going to create three load cases as following: 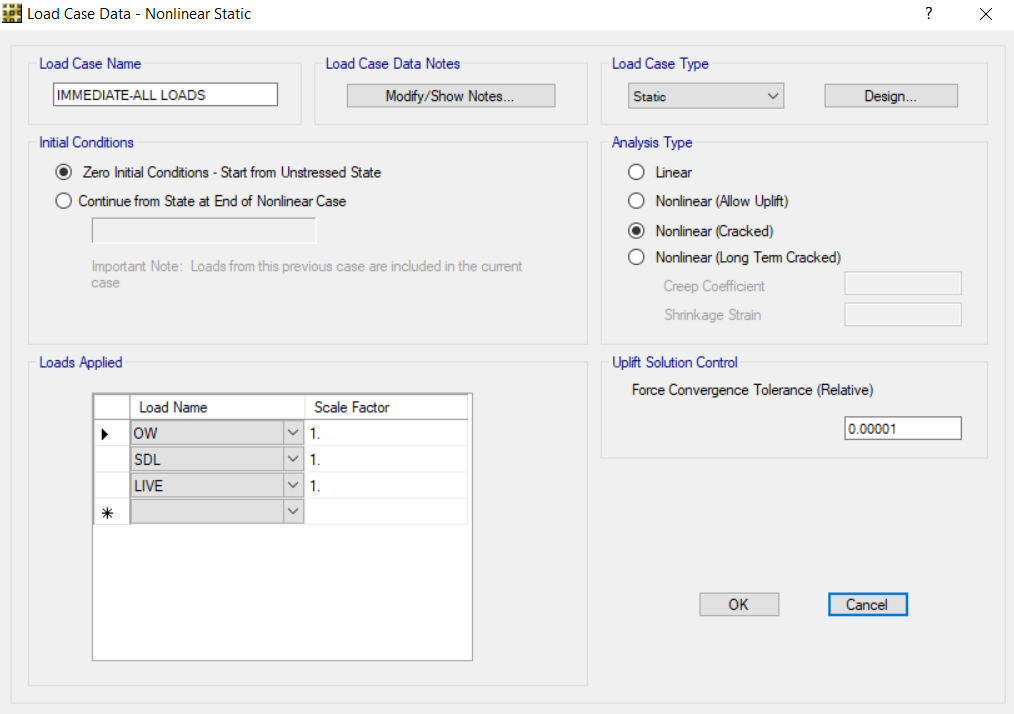 Don’t forget to check nonlinear (cracked) from the analysis type on the right.

2 – A load case for the sustained long-term loads 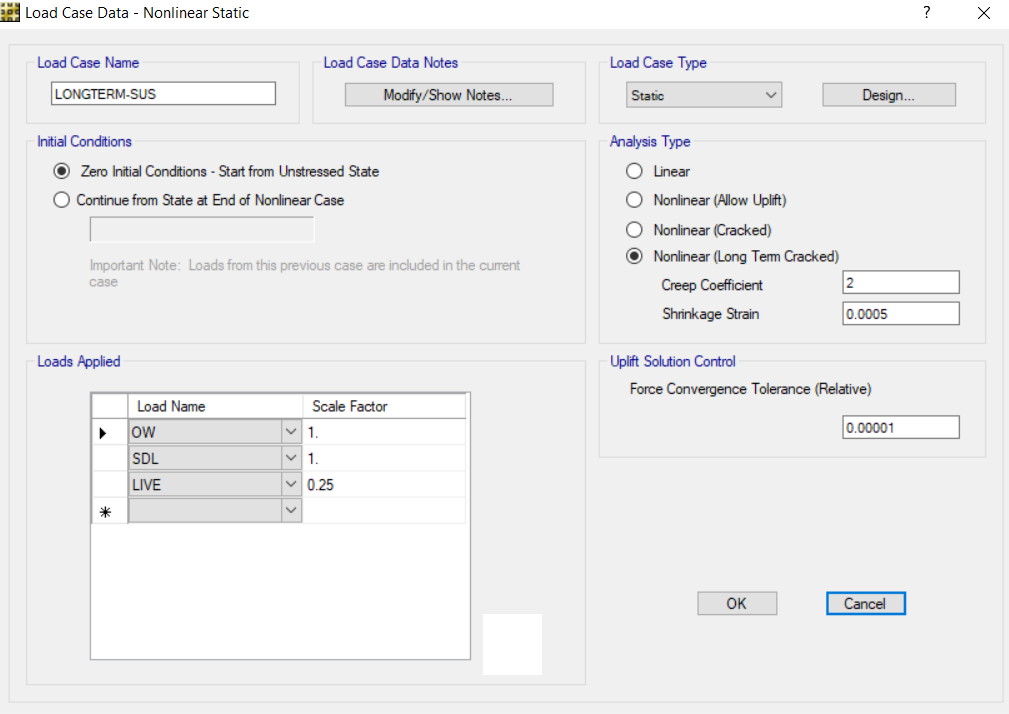 This time select nonlinear (long-term cracked) in the analysis type. You can keep the creep coefficient and shrinkage strain as the default values.

3 – A load case for the immediate and sustained loads 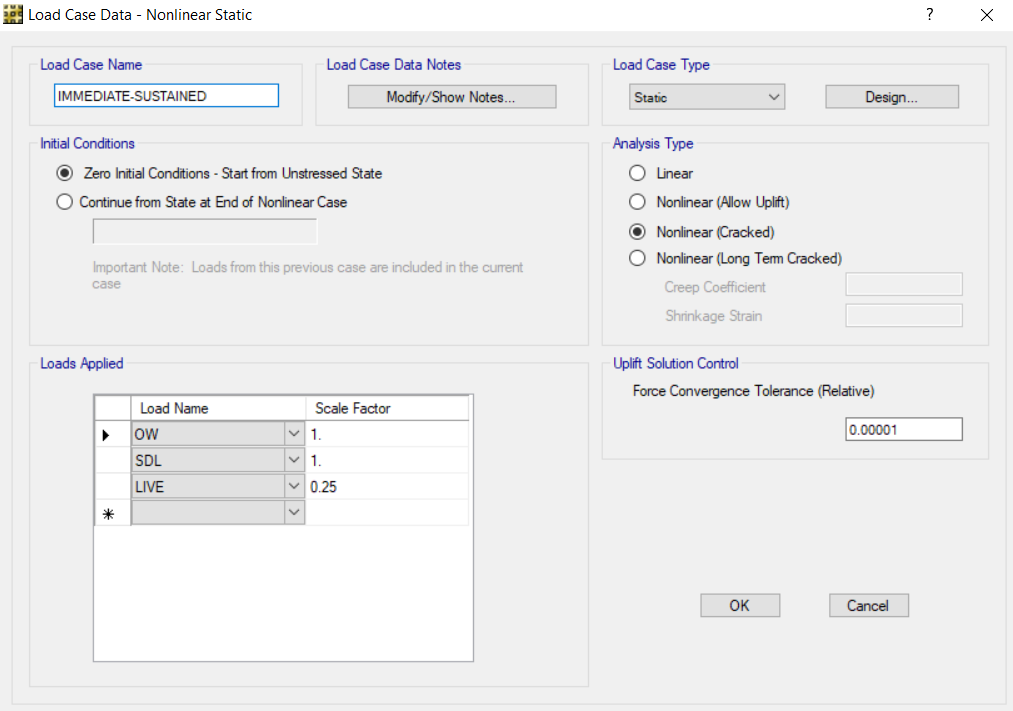 Once you’ve defined all the load cases, you can start defining the load combinations:

Two cases are defined: One for the immediate (elastic) deflection considering the service loads dead, and live loads 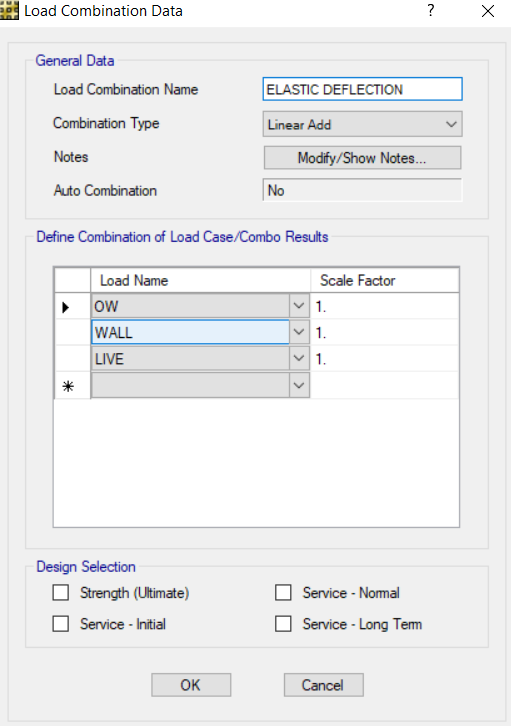 The second case belongs to the long-term deflection as follows: 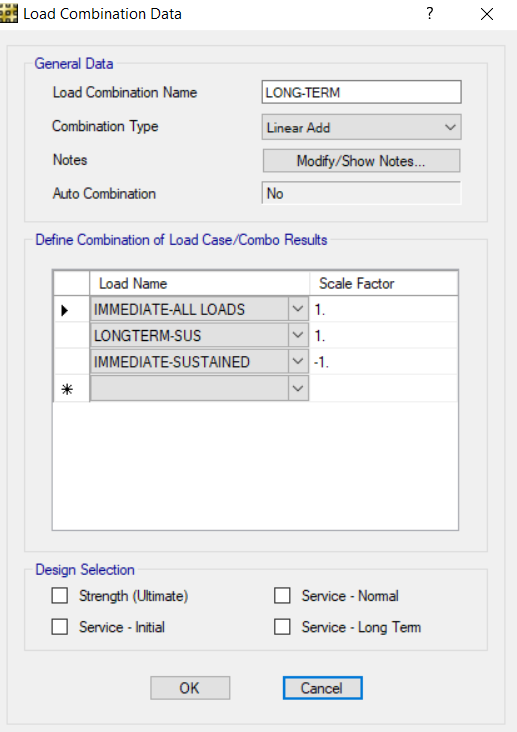 Now, you can proceed with the analysis run.

From the run menu, select run analysis. After the analysis is run, show the deflection shape for the long term combination. 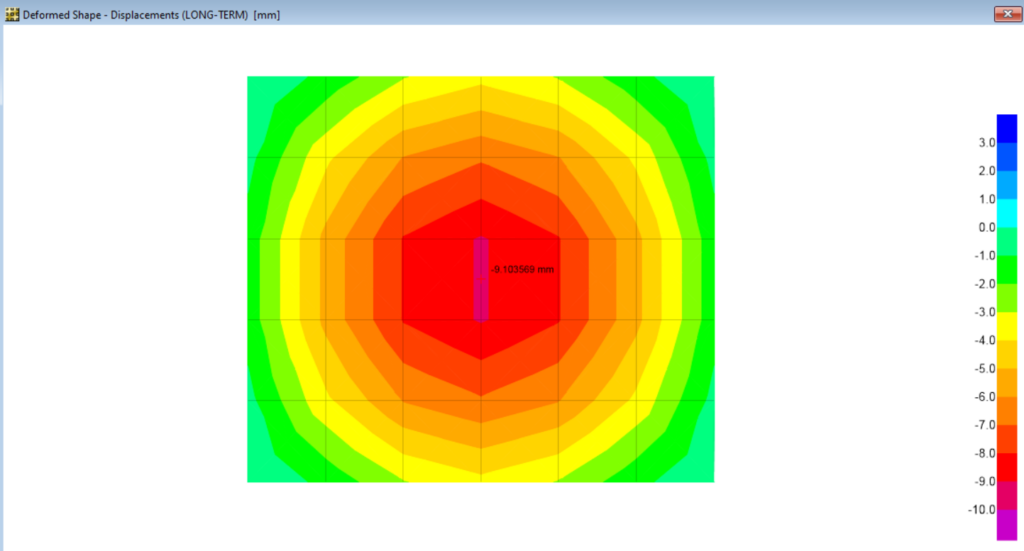 Now, you can compare the maximum value with the permissible limit as per the code you are following.

8 Easy Tips for your Safety in Construction Site
One-way Versus Two-way Slabs
Types of Projects Structural Engineers Do
Excavation: How Long does it Last for?
How to Identify Zero Force Members Within a Truss?